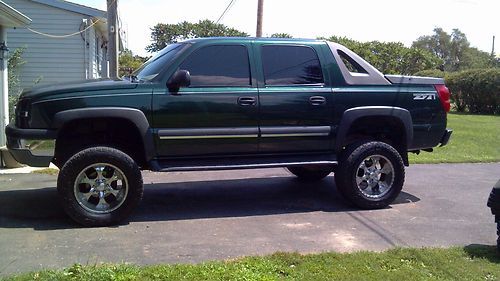 2003 Chevy Avalanche has a 6" BDS Suspension Lift and a 3" body lift. Truck has 142,000 miles on it. I also added a after market steel hood, and also have the original hood to. The rims are brand new this spring on Mickey Thompson 35" Baja Claws, the front tires are in good shape but the back tires need replaced. I have the original tires also that are almost new. I also added a touch screen stereo with dvd and bluetooth.     Please Call Rich at 231-679-4799 with questions.