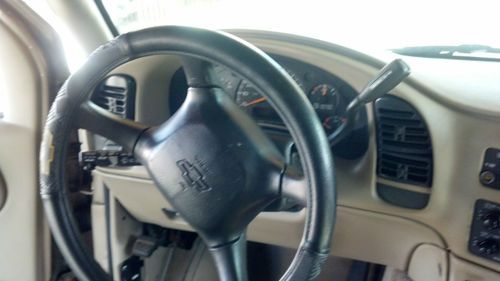 IM SELLING A 2005 CHEVY ASTRO AWD VAN IN GREAT CONDITION 89K MILES.ENGINE AND TRANSMISSION IS IN PERFECT CONDITION.MISSING THIRD ROW.ONLY REASON SELLING IS BECAUSE IVE PURCHASED IT AND HAVING A HARD TIME OBTAINING LIEN RELEASE.GOOD FOR PARTS.MOST PARTS ARE ALOS INTERCHANGEABLE WITH GMC SAFARI..I CANNOT OBTAIN LIEN RELEASE WILL BE SELLING WITH TITLE. CALL 917 915 1284.BID WITH CONFIDENCE NO RESERVE.ONCE AGAIN YOU WILL NOT BE ABLE TO REGISTER VAN