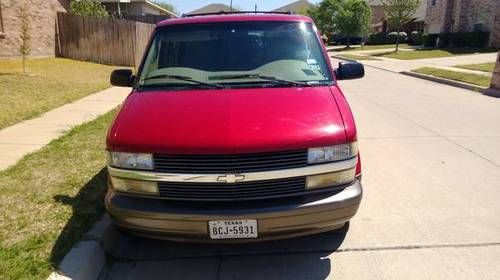 On sale is a very good Mechanical and Functional Shape Chevy Astro Wheelchair Lift Van for a Private Party.  This Van is not ADA compliant so will not be suitable to purchase for Medical Transportation business,  but will be good for a person to transport their loved ones from point A to point B... Once the patient's wheelchair is lifted from the rear entry, he/she would have to bend down until he/she gets in properly.

Clean Vehicle and Clean Title, Clean Interior and exterior.
First come first serve and Pl. only serious buyers.
Miles are around152000 and will last for a long time.
Thank you for looking.