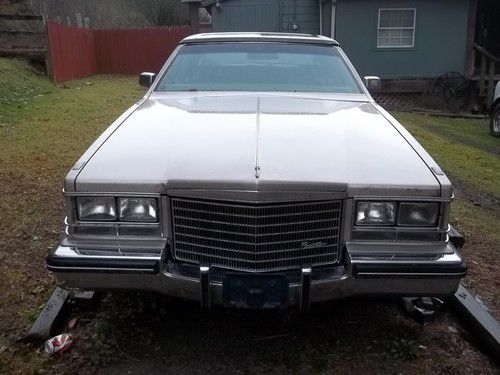 So, you're a dyed-in-the-wool General Motors fan, but like the notion of a machine like the Hennessey Velociraptor. We have good news for you. Behold the Aria Coachworks XPLORE Cadillac Escalade. For a modest fee, Aria will outfit your Escalade with a custom suspension, BF Goodrich all-terrain tires wrapped around aluminum wheels, a Warn winch and a special exhaust. There's even a snorkel option for those of you with aspirations toward deep water crossings. Consider yourself warned, however: unlike other GMT900 SUVs, the Cadillac only has an all-wheel drive system, not the more rugged four-wheel drive setup of the Chevy Tahoe and GMC Yukon). Outside, the luxury SUV gets matte paint, black chrome trim, XPLORE power running boards and a roof rack system.
The interior also receives a few fun changes as well, but we're more interested in the fact that buyers can snag a power roof top tent. You know, in case you need to camp out at Best Buy for the PS4. There's also a matching camp trailer and, our personal favorite, a matching BMW GS motorcycle. Bikes not your bag of tricks? That's fine. Aria will also sell you a matched Airstream trailer or Old Town wooden canoes. As much as we want to hate this, we love the notion of bashing through the woods in a $100,000 Cadillac battlewagon with our GS in tow. Check the press release below for more information.