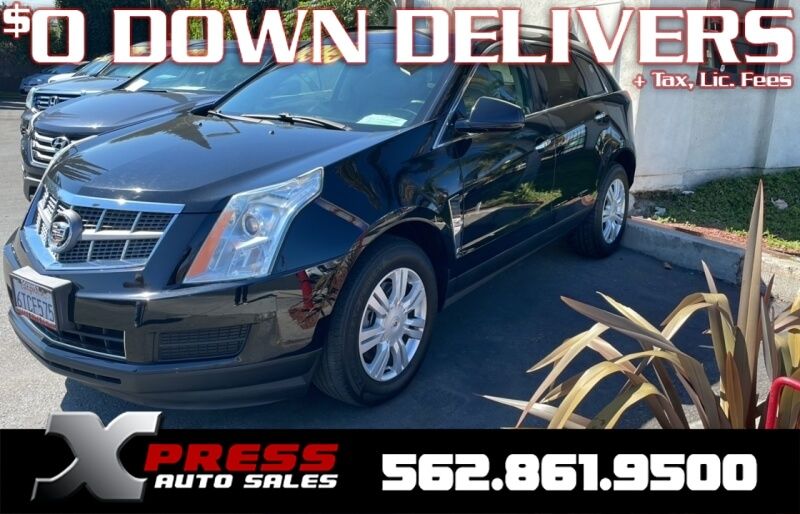 Prepare to turn heads with our 2011 Cadillac SRX Crossover presented in Black. Powered by a 3.0 Liter V6 that offers 265hp paired with a smooth-shifting 6 Speed Automatic transmission. This Front Wheel Drive SUV provides plenty of passing power and earns nearly 24mpg on the highway while enhanced with bright wheels, roof rails, and sleek lines.

Inside our SRX cabin, you are greeted by leatherette-trimmed seating, dual-zone climate control, a leather-wrapped steering wheel with mounted controls, a fantastic AM/FM/CD audio system with Bluetooth capability and power accessories.

Cadillac offers a long list of safety equipment, including ABS, airbags, StabiliTrak, and available OnStar to keep you and your passengers secure. This SRX Crossover is waiting to take you places! Save this Page and Call for Availability. We Know You Will Enjoy Your Test Drive Towards Ownership!