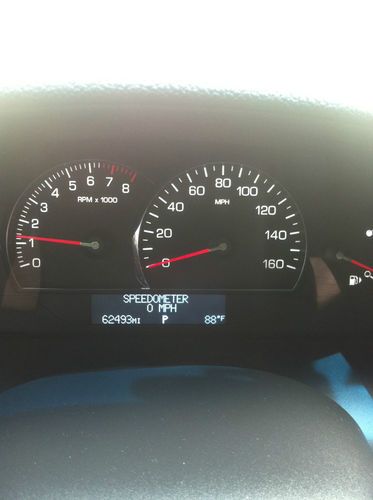 THIS IS A ONE OWNER CAR.  IT HAS NEVER BEEN WRECKED, HAS A CLEAR TITLE AND IS IN VERY GOOD CONDITION.    IT HAS A FACTORY DVD PLAYER WITH HEADPHONES AND REMOTE, BOSE SOUND SYSTEM AND THE PANORAMIC MOONROOF, HEATED FRONT SEATS, HEATED STEERING WHEEL AND NAV.  IT IS LOADED.  ALSO I BELIEVE THIS IS THE LAST YEAR THAT YOU COULD GET THE THIRD ROW SEATS.  THEY FOLD DOWN INTO THE BACK AREA WITH THE TOUCH OF A BUTTON SO IF ARE NOT USING THEM THEY ARE NEVER IN YOUR WAY.  TIRES ARE GOOD AND ALL MAINTANCE HAS BEEN MAINTAINED.  THIS CAR WAS USED TO TRANSPORT MY GRANDMOTHER WHEN SHE LIVED WITH US BECAUSE ITS THE SAME DISTANCE OFF THE GROUND AS A CAR BUT WITH ALL THE ROOM OF AN SUV.  UNFORTUNATELY SHE IS NO LONGER ABLE TO GET AROUND AND WE JUST DON'T USE IT ANY LONGER.  I WILL BE HAPPY TO ANSWER ANY QUESTIONS YOU MAY HAVE.