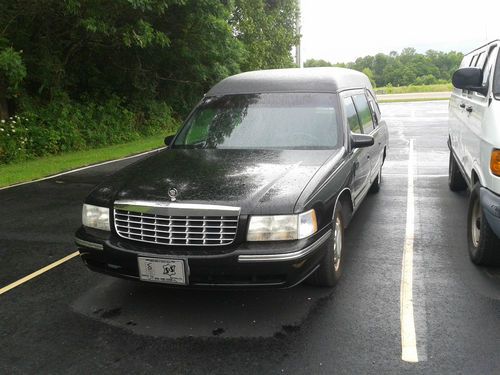 Condition: UsedA vehicle is considered used if it has been registered and issued a title. Used vehicles have had at least one previous owner. The condition of the exterior, interior and engine can vary depending on the vehicle's history. See the seller's listing for full details and description of any imperfections.Seller Notes:"Needs window regulators or motors for Driver and Passenger Side, Has a spot of rust on the rear entry door."

1997 Black Cadillac Funeral Home, S & S Masterpiece edition. Vehicle runs good, all service records are up to date. Has the aforementioned items, window reg and rust spot. Othr than that it runs really good. Would make a good second vehicle for a funeral home, or even perhaps a first call vehicle for a startup funeral home.