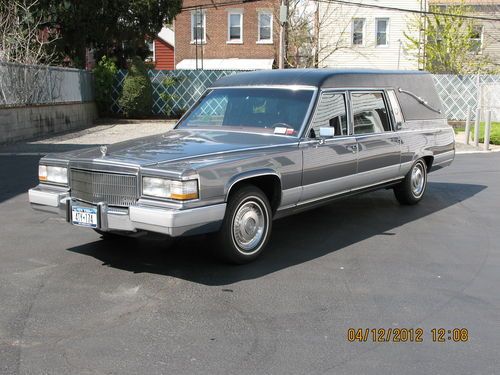 This hearse was built by Superior Coach Builders of  Lima, Ohio and has been privately owned by myself and a previous funeral director who bought this car new from a local dealer. It has never been a "fleet car" driven by multiple drivers. The car has never been hit.  After knowing the previous owner for many years, I bought this car in 1994 after he decided to retire. The car has been meticulously cared for, always being garaged, oil changes and normal maintenance at regular intervals. I hate to give it up since there is nothing wrong with the care but the expense of keeping it on the road.  I purchased a newer hearse and the expense of maintaining two hearses is prohibitive. Please notify me of any questions or offers you may have. Thank you.