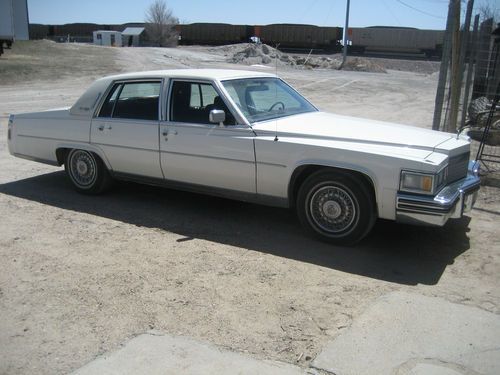 HERE IS A REALLY NICE FLEETWOOD BROUGHAM THAT HAS PLENTY OF LIFE IN IT. EXCELLENT SHAPE AND HAS BEEN TAKEN CARE VERY WELL, CLEANED INTERIOR WITH NO RUST IN THE BODY, TIRES ARE LIKE NEW ON THE CAR. FOR AND QUESTIONS OR INFO CALL 308-760-2025. THE CAR IS IN ALLIANCE NEBRASKA, WESTERN PANHANDLE OF NEBRASKA. EVERYTHING WORKS ON THIS CAR.