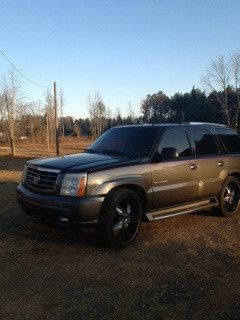 This Caddy has been great to drive. Has wear on drivers seat and carpet but really minor issues. Has 7-inch TV in front and 24-inch TV in rear. 26-inch Status wheels painted same as truck.

sound mechanical condition just minor interior and you are good to go.