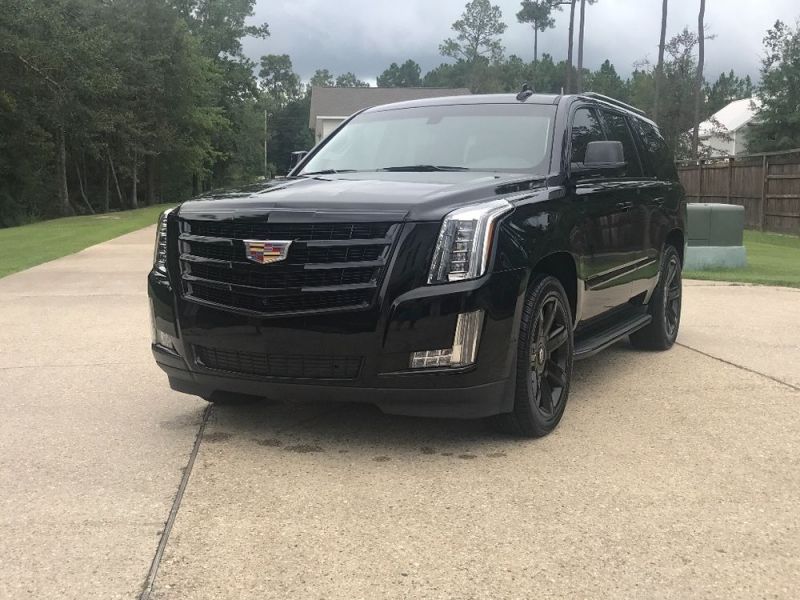 Please message me with questions at: sunshinesoover@ukfarmers.com .

This 2016 escalade is a JAW DROPPER everywhere I go. I bought this thing stock around 6k miles, I have done the
complete chrome delete kit on the entire truck. It has the black 22inch factory wheels, with brand new continental
tires all the way around. The entire truck and wheels have been ceramic pro'd and color corrected. Everywhere I go
in this thing I get tons of comments and questions. This escalade is defanilty the most cleanest one you will find.
You can not pick it for one thing.