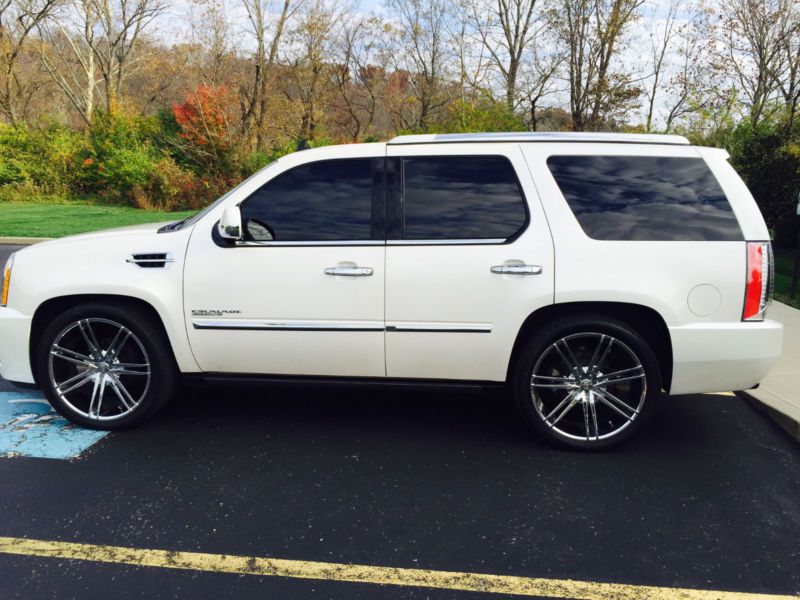 2013 Supercharged Escalade Platinum. 650hp. Eibach springs and roll bars. Magnaflow exhaust system. Clarion stereo, JL Audio amplifier and dual 10" subwoofers in a stealthbox. Clear brake & tail lights. Dimpled front rotors. 24" Borghini chrome wheels with Pirelli Scorpion 305/35 ZR24 tires. Also includes factory wheels and tires. If you are a fan of the Escalade for it's looks and prestige, but want something with some power and handling, this is your vehicle. Impressive both in looks and performance.