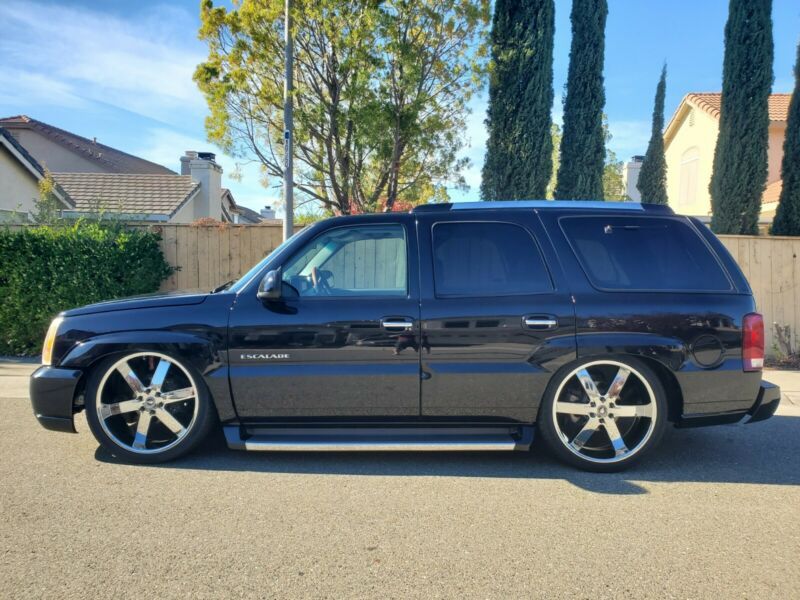 It has a fully custom fabricated air ride suspension set up. This set up was built before they made a kit for the
Escalade in the late 2000's that put front bags in place of the front springs and shocks. This kit wasn't built to
simply replace a few factory components. All suspension related components have been made from scratch. All
fabrication work was done using cold forged steel. All welds are top notch. The work done is the best of the best
of the best.

This custom build has fabricated mounts to secure the air bags to the frame, custom upper and lower 3 link control
arms, a bolt-in truss that links the two mounts together across the top of the engine, custom anti sway and pan
hard bar, etc... The rear is a 3 link set up, with a rear notch and reinforced rear bag perch set up. This system
is using 1/2" valves with 1/2" lines, 2 tanks, 2 compressors and 6 switches.

There is no damage to the fenders, body kit claddings, bumpers or undercarriage. This Escalade does not lay
frame(it is close) but does lay on the 24's very nicely without any issues. It does not rub. It was used as an
occasional driver and was taken to car shows. This is what you call a true survivor that has never passed hands or
been abused. Old school builds like this are very rare to find in like new condition. This truck really needs to be
sold to a lifer. Someone who will keep it up for the next 40 years.