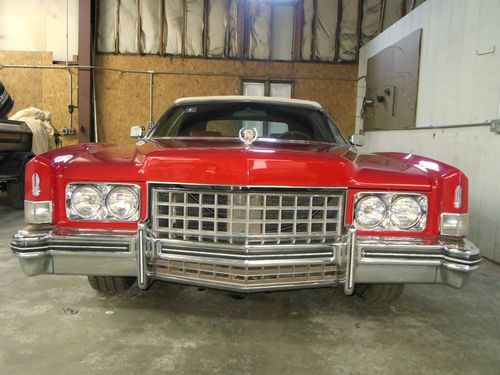 Condition: UsedA vehicle is considered used if it has been registered and issued a title. Used vehicles have had at least one previous owner. The condition of the exterior, interior and engine can vary depending on the vehicle's history. See the seller's listing for full details and description of any imperfections.Seller Notes:"None"
1973 Cadillac Eldorado Convertible
81, 186 original miles
Original leather interior
A/M F/M 8 track stereo system
New power top
Parade boot
Garage kept
Like new paint
Like new interior
Serious Inquiries Only
Call Tap Powell at (828) 443 1532