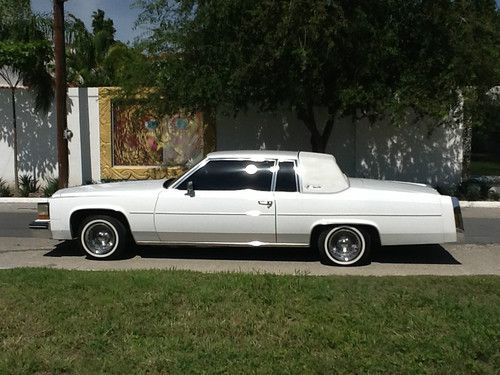 Today I'm selling my 1982 Cadillac with 80592 original miles.runs great engine sounds nice and has plenty of power.The transmission shifts nice with no noises or tugs.The exterior is white that's in ok condition with minor scratches nothing major.The interior is very nice and clean with no rips or burns anywhere.It has power windows and locks that work and cold air condition.It has 14x7 wire wheels with good tires .overall the car is in great condition for being a 1982 please feel free to ask questions Thank you and good luck