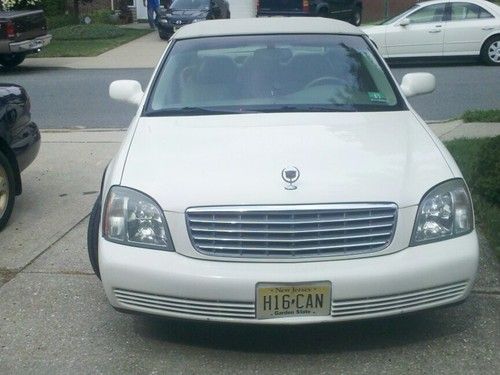 Condition: UsedA vehicle is considered used if it has been registered and issued a title. Used vehicles have had at least one previous owner. The condition of the exterior, interior and engine can vary depending on the vehicle's history. See the seller's listing for full details and description of any imperfections.Seller Notes:"Car is an great condition. Very little wear."
This vehicle looks and rides great. Very dependable. ~Everything Works~. In May of 2012 I had Cadillac install a brand new transmission. Included with the transmission is a 3 year or 100,000 mile warranty from General Motors. Which means there is still about 2 years or more than 90,000 miles left on the warranty.