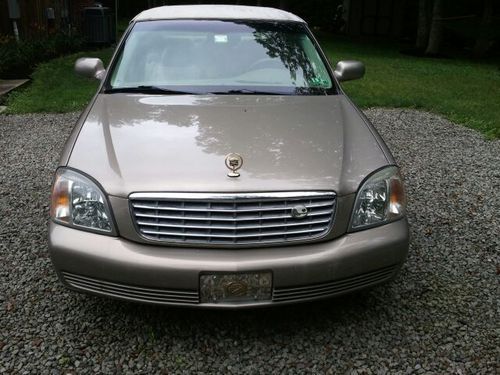 Condition: UsedA vehicle is considered used if it has been registered and issued a title. Used vehicles have had at least one previous owner. The condition of the exterior, interior and engine can vary depending on the vehicle's history. See the seller's listing for full details and description of any imperfections.Seller Notes:"Slight dent above front right wheel, hubcap is missing the hub cap cover."

2000 Cadilac Deville 32V Northstar. Car is in great condition. Engine only has 40000 miles, was replace fully by Cadilac while under warranty.