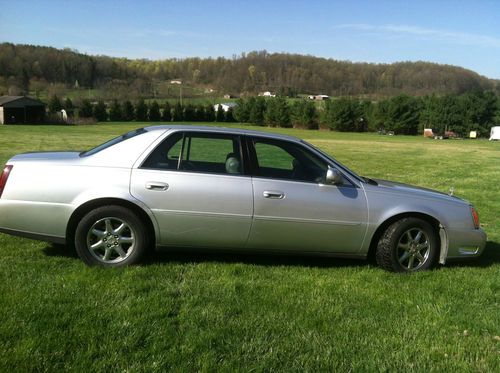 2000 Cadillac Deville
This car is absolutey beautiful!
Have the original bill of sale, and all service records!
Has had one owner, who decided to sell , and
get something smaller.  I bought it, and have had it
for a couple months.  I need 4WD where I am living, and
this car is too nice for the roads I have to travel!
It has been kept in a garage, and not driven in the winter.

Leather Interior, All the bells and whistles!
Has 94,559 miles on it.
Am/Fm Cassette
Radio and Heat Controls on Steering Wheel
Heat controls in back seat
Fog lights
Ice Cold A/C
No Rust
32V Northstar 4.6 Engine
Keyless Entry
Original Price was $40,953.00
There are 2 scratches on the side of the car, which I will show in pictures.
Please feel free to email me with any questions, and thanks for looking!