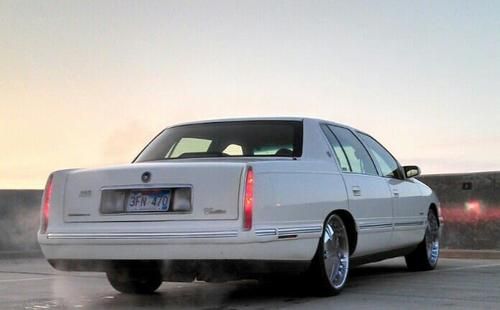 For sale is my 1999 Deville. It is being sold as-is, but it is in very good condition. The 20" wheels are included as well as the Kenwood indash DVD player. Only issues with the car are as follows: chrome strip on rear bumper is loose, passenger window switch sticks occasionally. other than that, its in excellent condition.