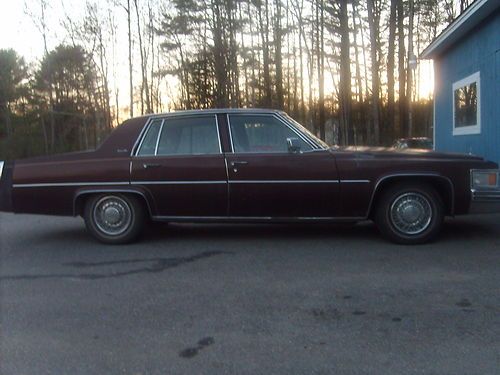 For sale I have this great running/driving 71,000 original mileage SedanDeVille. The body is solid as also the underneath,great looking interior very clean. it does have some sun blistering on the hood and some paint chips/blistered paint on the side. The passenger mirror glass is broken, antenna is broken, small dent on hood.I am selling this for an older gentleman that got it from his deceased father, it was driven to me and looks good and sounds good.