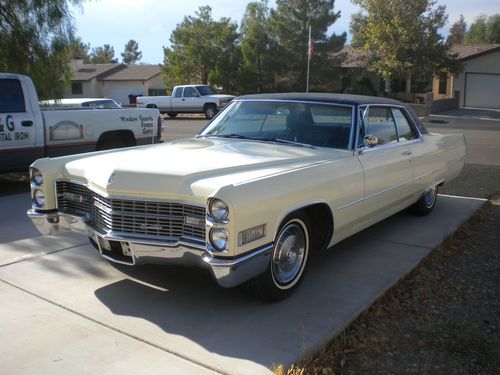 1966 cacillac 2 door coupr deville. runs and drives good. never wrecked no body damage no dents. stock paint but is showing it's age. chips, cracks and some tuchup. small amount of rust popping the paint at the bottom of the front fendres.

new top. new tires, shocks, new exhaust. front seat seams are split. door panels and the back seat like new. a/c car but needs charged. frame, floors, trunck no rust. i would not hestate to drive this caddy any were. clear nevada title. $500 depost. if you need it shipped i will help load. car can stay here for 1 mouth. email or call me . (702)491-0277