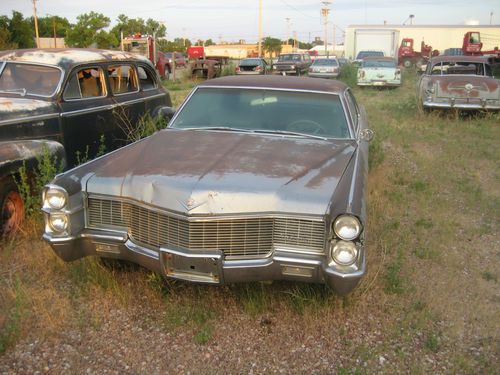 Here is a great car, A 1965 Cadillac Coupe Deville, you don't see these around much anymore. This car needs total restoration, but what a great canidate , the body is all straight, pretty much rust free, dent in drivers door were it looks like they sideswiped something. I had the hood open right after I bought it, but it is shut again and I cannot open it again,. But I remember that the engine was pretty much complete but the v-8 is locked up for some reason, don't know. Check out pictures for the interior and you'll find everthing is there. A great restoration project for someone or built it to a modern street cruiser. email ebay with any questions. Thank You.  Please ask any questions on ebay.