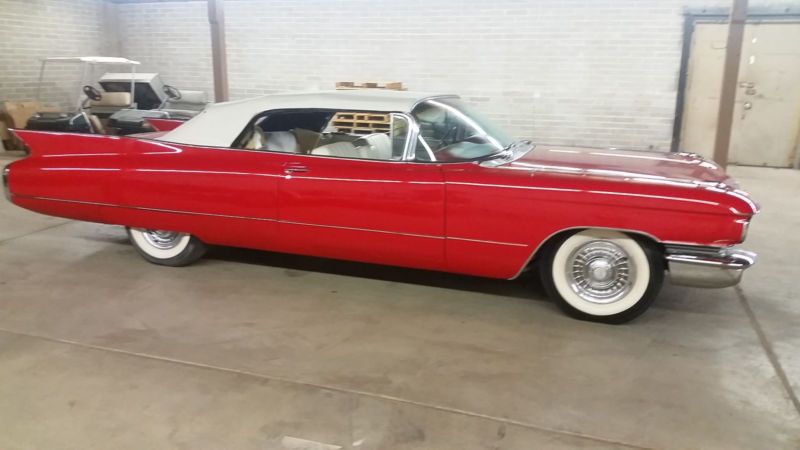 Absolutely Beautiful 1960 Cadillac Series 62 Convertible, Stunning Red Exterior with White Leather Interior.
Excellent running and starts right up, Convertible top in new condition as well as the paint & Interior. The Engine
compartment is clean and all original equipment. Part of a Prominent business mans collection In Scottsdale Arizona
who is selling off 8 collector and special interest automobiles a very competitive price point in relation to
other comparable and similar 1960 Cadillac Coupe De Ville's presently on the open market.