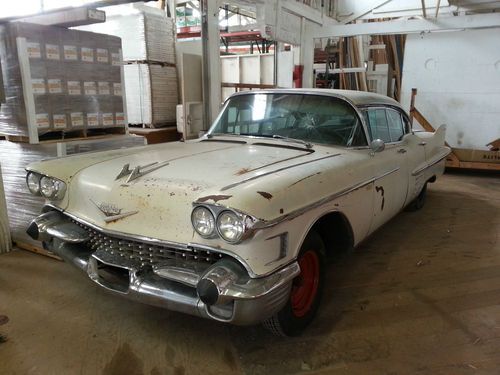 Condition: UsedA vehicle is considered used if it has been registered and issued a title. Used vehicles have had at least one previous owner. The condition of the exterior, interior and engine can vary depending on the vehicle's history. See the seller's listing for full details and description of any imperfections.Seller Notes:"Solid car, body is complete,some rust it the floors possibly from a leaky heater core. Motor and Transmission is gone. Car is sold with a bill of sale only."

This is a solid car to restore or for a parts car. Motor and Tranny is missing but for additional cost i have a 390 cadillac motor and tranny that I could include but will need to be rebuilt. For more info call John 253-318-1985