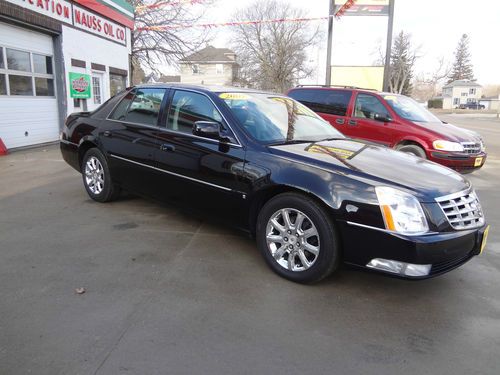 Experience driving perfection in the 2009 CADILLAC DTS! First and foremost is the striking exterior. With less than 56000 miles on the odometer, this 4 door sedan prioritizes comfort, safety and convenience. It includes power seats, variably intermittent wipers, a trip computer, and leather upholstery. It features a front-wheel-drive platform, an automatic transmission, and a powerful 8 cylinder engine. Wed also be happy to help you arrange financing for your vehicle. Please dont hesitate to give us a call.