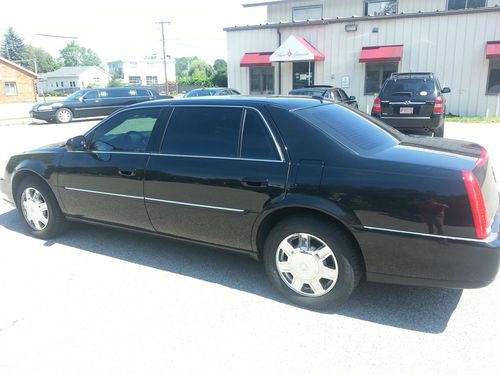 Condition: UsedA vehicle is considered used if it has been registered and issued a title. Used vehicles have had at least one previous owner. The condition of the exterior, interior and engine can vary depending on the vehicle's history. See the seller's listing for full details and description of any imperfections.Seller Notes:"Vehicle is has one minor seat tear on the driver's seat. Vehicle is in excellent condition, otherwise."

This vehicle is owned by a Livery Company and is currently in limited use, so the mileage may vary a little.  (I have added a couple thousand miles to the mileage to account for this).  Recent work performed on the car includes:  new brakes (rotors & pads), steering rack, and motor mount.  All typical repairs for the mileage of the vehicle.
I purchased this vehicle from a livery operator, who informed me that it was originally owned by a prominent family from New York.
It will be the responsibility of the buyer to coordinate and pay for pick up of the vehicle.  Once the transaction is complete, we will not be responsible for the vehicle.  We are located 10 minutes from the Portland Jetport and will be more than happy to pick you up from the airport.