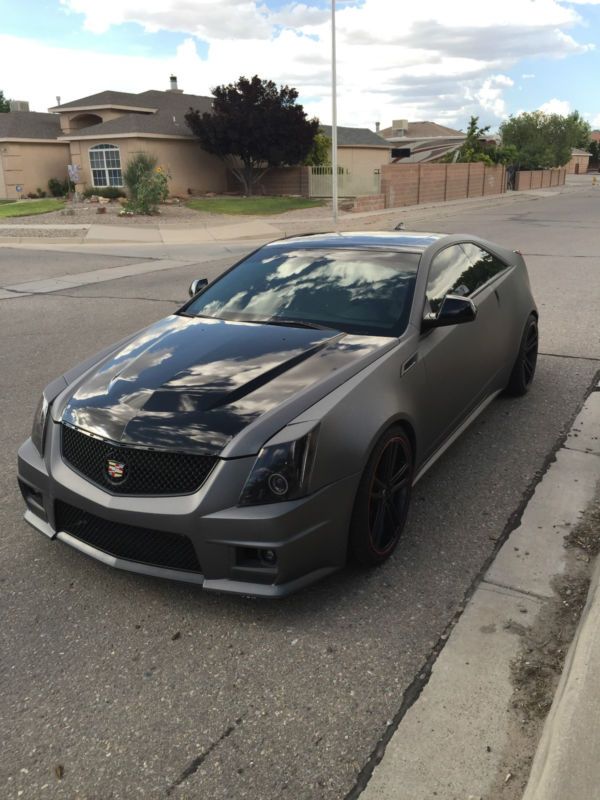 Testing the market for my hard to find and rare CTS coupe. It's a 2012 with 27,700 miles. Clean title in hand. The
car has several modifications done to it. KBB value is 30,500 in Good condition. Has a lot of aftermarket
modifications. The interior is loaded w/ leather sunroof heated/cooled seats, backup camera. All the bells and
whistles. Has the CTS-V Front and rear Bumpers. plus the CTSV HOOD. have around 2000 just in those conversions
alone.
Matte Grey Metallic Vinyl Wrap -
Eibach lowering Springs -
20" staggered concave Giovanna wheels W/delinte tires 245/35 front 285/30 rears----20x8.5 wheel fronts and 20x10