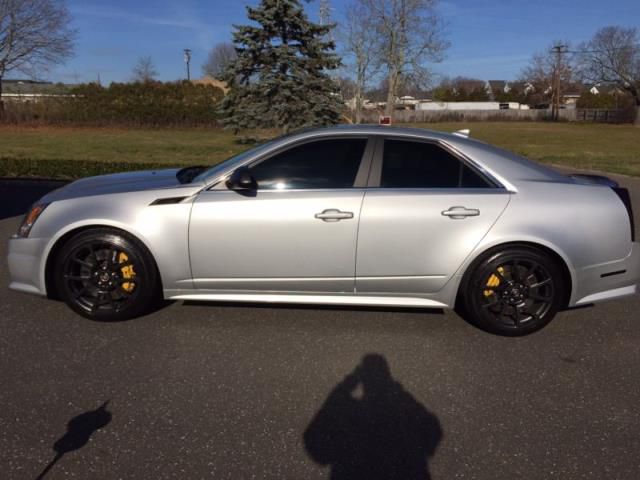 For sale is a 2012 Cadillac CTS-V sedan. I am the original owner. Car has been dealer maintained and is in excellent condition. It has had weather tech mats in it since day 1! Car has 18,608 miles on it and has never had an accident. The car did have a vinyl wrap on for about a year and the paint is great! Now for the goddies...... Stainless works long tube headers with catted x-pipe into stock mufflers. Car is not loud until to give it some throttle. Quiet at idle and on highway. Also has a lingenfelter pulley and coupler. Airaid cold air intake and tuned by East coast supercharging to put down 606 RWHP!! Car is an absolute pleasure to drive! Widows are tinted as well as the tail lights and marker lights. Upper and lower grills were painted satin black. Side mirrors, vents and emblems painted satin black. New Michelin PS2 factory replacement tires were installed approx 2,000 miles ago and are in great condition.