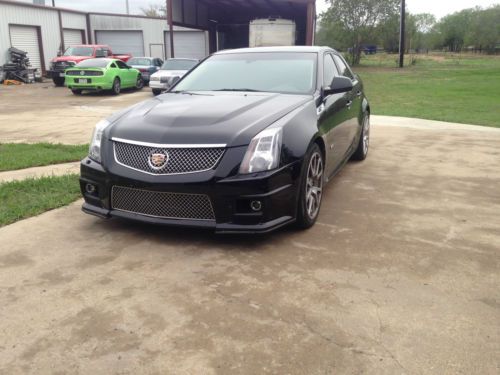 2009 Caddilac Cts-v with almost 31,000 miles. vehichle has smaller pulley, cold air intake, larger xpipe, and has been tuned makes 550wrhp. have any questions about the car please feel free to email me on here. Also the car is a rebuilt title but runs excellent and is in excellent condition other than the title. Also put a couple of pictures of the car before it was repaired.