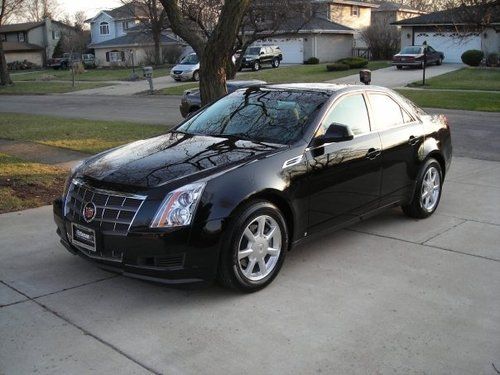 Take a look at this beautiful Cadillac CTS!  The vehicle has had one owner (me), and has been properly maintained and garage kept for its entire life.  You'll find an exceptionally clean car inside and out, without the usual scratches and dings associated with a pre-owned vehicle.  The Caddy is currently riding on new Pirelli all-season tires for a quiet, comfortable, and safe ride; and power is routed through a rare factory-offered 6 speed manual transmission.  Plenty of life left on the clutch and clean fluid in the differential mean that it's fun to drive and ready to go the distance.  Come see why Cadillac is now worth a 2nd look from would-be import buyers!