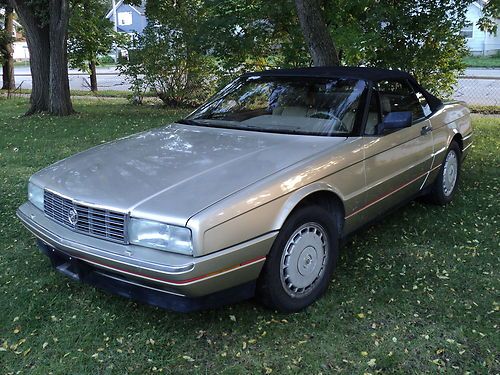 I am selling this for a business out of Menominee Michigan , 3 day listing with 3 days to pay, THIS CAR DOES NOT HAVE A HARD TOP, Only has 111,432 miles. Car runs nice and seems to be factory paint, few cracks and small tears in seats, If winning bidder would like I can have both seats redone for $180.00. If you are a series buyer please call me at 920-712-4794.Car is in Menominee Michigan, I can pick you up at airport in Green Bay Wi., And take you to our business in Menominee.