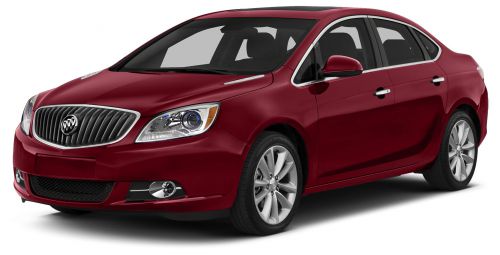 , Before Discount:$30,615.00, Dealer Discount:($1,675.00), Cash Incentive:($750.00), Special Discount:($400.00), Internet Price:$27,790.00, Total Savings:($2,825.00)!BACK-UP CAMERA, LEATHER, BLIND SPOT MONITOR, BLUETOOTH, MP3 Player, KEYLESS ENTRY, 32 MPG, SAT RADIO, The 2014 Buick Verano luxury sedan is as elegant as it is beautiful. Verano's signature black chrome waterfall grille and chrome accents, jewel-like projector beam headlamps, stunning 18-inch forged alloy wheels and sophisticated sculpting make fall in line with Buick's impeccable sense of design. Inside the Verano luxury sedan you'll find everything has a purpose. From the premium materials to the right amount of trunk space, Buick's designers went out of their way to make Verano comfortable and purposeful. You will find premium craftsmanship and design everywhere you look along with exceptional seat comfort. When it comes to the driver, Verano makes you the center of attention, keeping you in control while putting you at ease. The Verano delivers a refined, responsive performance with a powerful 2.4L dual-overhead-cam 4-cylinder engine, variable valve timing and E85 capability, while the Verano Turbo delivers impressive power with its 2.0L Ecotec 250hp 4-cylinder turbocharged engine and 0-60 mph in as little as 6.2 seconds. This luxury sedan is thoughtfully engineered to grip the road with full-function traction control and responsive maneuverability. The Verano luxury sedan is loaded with technology that helps you focus on the drive while staying connected. Take to the road and let the outside world slip away thanks to the advanced QuietTuning technology. Then personalize your drive with advanced connectivity technologies such as Buick IntelliLink and available GPS navigation system. Attention to detail is evident in the number of standard safety features in the Verano. Drive confidently knowing you are backed by 10 air bags, ABS, full-function Traction Control, 6 months of OnStar with Automatic Crash Response, and a comprehensive child seat LATCH system. Crown Automotive Group serving Tampa Bay Florida offers great low prices, rebates and incentives for new Group & used Group cars, vans and SUVs to all of our neighbors in St. Petersburg, Largo, Clearwater, and Pinellas Park. Our Expert Service & Parts staff assist our Florida customers keep their Group vehicles in great shape.