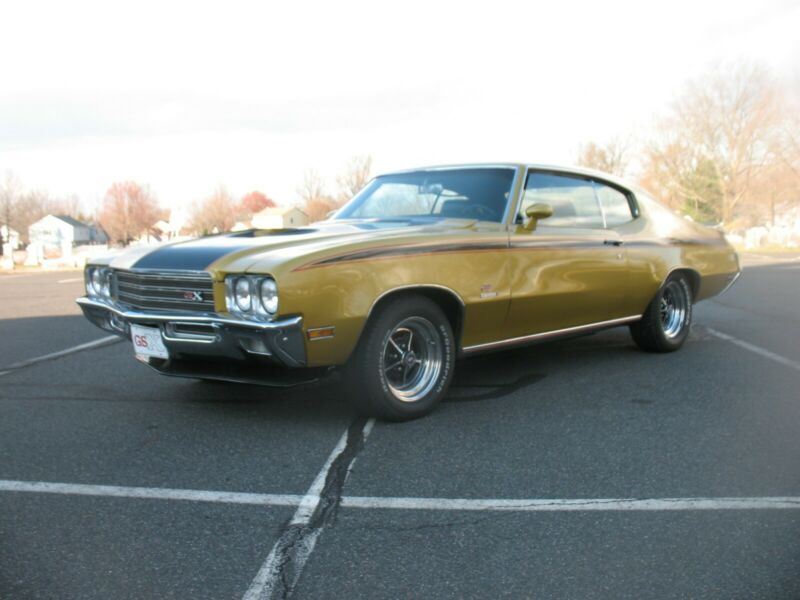 Up for sale is my 1971 Buick GS Stage 1 with GSX Badging. It is a Cortez Gold with black interior car from the
factory. It comes with a 455 that runs excellent, a Turbo 400 trans completely rebuilt and a 10-Bolt 3.42 posi
which was also rebuilt. It is a non-a/c car, but has P/S, PDB, Tilt Wheel, Tach and a Sport Steering Wheel. It is
not a numbers matching car. I also have an extra 1970 455 engine that will come with the car. This car had a full
frame off restoration, and it completely shows that. It has been a pleasure to drive, and turns heads everytime.