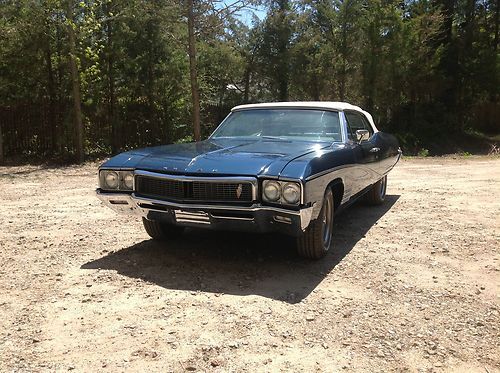 Condition: UsedA vehicle is considered used if it has been registered and issued a title. Used vehicles have had at least one previous owner. The condition of the exterior, interior and engine can vary depending on the vehicle's history. See the seller's listing for full details and description of any imperfections.Seller Notes:"this vehicle was professionally restored and only needs new grille"

This is a nicely professionally restored vehicle  The body was 99 percent rust free when started with minimal rust in right rear fender and was replaced with sheet metal.  Body was skim coated and painted using sickle base coat clear coat.  interior is original except for new front seat trims,new carpet,and padding. Bumpers front and rear are from Bumper Boys. Engine is the 350 Rocket with 2 barrel carb.that was rebuilt The engine was totally rebuilt bored 30 over with new stock cam new water pump ,timing chain ,distributor,radiator, hoses , wires, ect. trans is 2 speed power glide and shifts great. Car rolls on brand new bfg's and 15 " factory rally wheels. New dual exhaust with flow master mufflers. Power steering,New windshield,New Convertible Top with Glass Rear window. Top works perfectly,and has all new weather strip. Car has new front brakes and master cylinder  and the rear brakes are great upon inspection. This is one fine vehicle and would make a great addition to anyones collection. It was purchased from the original owner by my partner and myself to be sold for best offer. It sat in a garage untouched from 1984 till 2009 when we purchased it.You will not be disappointed Please feel free to call me directly with any questions.