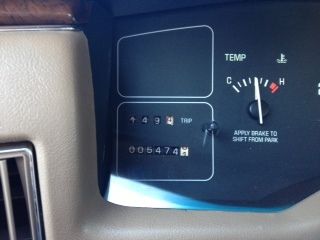 1994 Buick Roadmaster Wagon- Quite possibly the best, lowest mileage Roadmaster available anywhere. with just 5400 (fifty-four hundred) original miles, this car is like new in every way. Collector owned for years and properly stored indoors in a large private California collection, the car smells, looks and drives like new. If you have any questions, feel free to call 310-489-6696