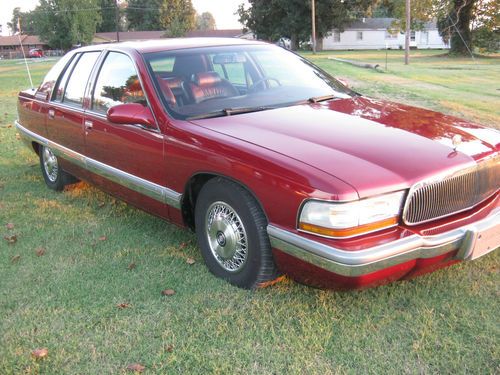 Condition: UsedA vehicle is considered used if it has been registered and issued a title. Used vehicles have had at least one previous owner. The condition of the exterior, interior and engine can vary depending on the vehicle's history. See the seller's listing for full details and description of any imperfections.Seller Notes:",missing 2 side moldings on back doors"

Nice condition low mile vehicle 82,343 ,port tuned injection V-8 ,no rips or tears in interior,cold air conditioning,car is loaded with options ,everything works, has been well maintained,clean title,drive this car home!   any and all questions answered!  call me if you like  Cell#417-459-7475 located in southeast Missouri