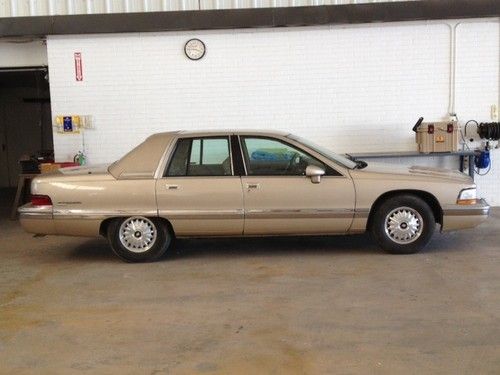 Condition: UsedA vehicle is considered used if it has been registered and issued a title. Used vehicles have had at least one previous owner. The condition of the exterior, interior and engine can vary depending on the vehicle's history. See the seller's listing for full details and description of any imperfections.Seller Notes:"It was stored for 8 years and lost some of the R-12 which causes he AC to cycle on/off. R-12 is hard to find here. The rubber side molding needs glued on. All molding strips are in the trunk."

One family owned since new. The actual mileage is 24,447 miles. Always garaged, never smoked in. The car still rides extremely smooth and looks

This one is ready to drive home.  Location, Fort Worth, TX