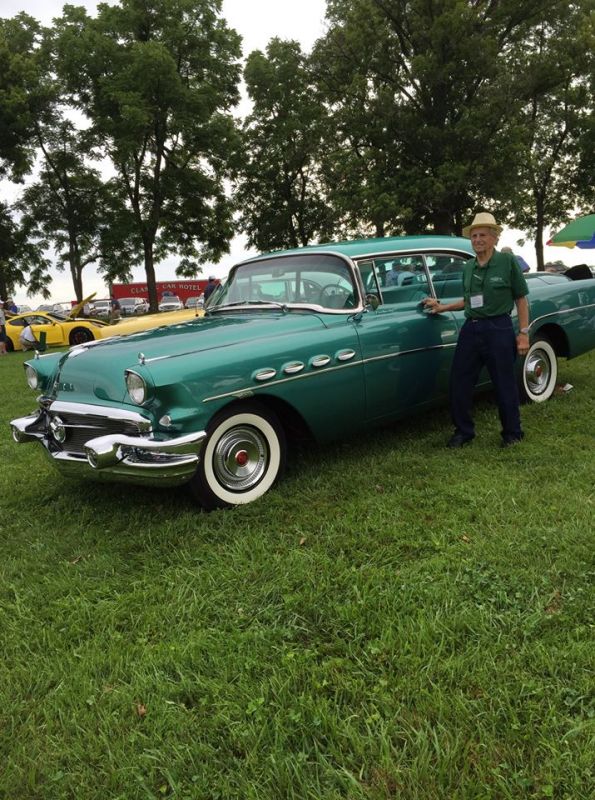 Beautiful Concours condition 56' Roadmaster hitting the market for the spring/summer season. There have been no corners cut on the build of this car and it is 100% all original in its truest form. Comes with a fully rebuilt 322 v8 engine that has less than 5,000 miles on it, the transmission is a 2 Speed variable-pitch Dynaflow, a torque converter with gears, and a 4 door car.

The car has a stunning 2-tone teal green exterior and teal green cloth interior. The vehicle was mechanic owned and every inch of the car has been gone over. The interior has been completely restored and all of the chrome has been redone with zero pitting. This car is the cream of the crop and has placed several awards and trophies over the years. It was also featured at the 2016 Keeneland Concours d’Elegance! It has always been garage kept and has never been driven in the rain or the snow.

This car is perfect for any Buick collector or for anyone who is looking for a solid and quality classic vehicle to take to shows, cruises or summertime driving. You will have a hard time finding a Roadmaster in equal or better condition. Please call Rodney at the phone number above to ask questions, see the car, or to make an offer. No reasonable offer will be refused. Thank you for looking!