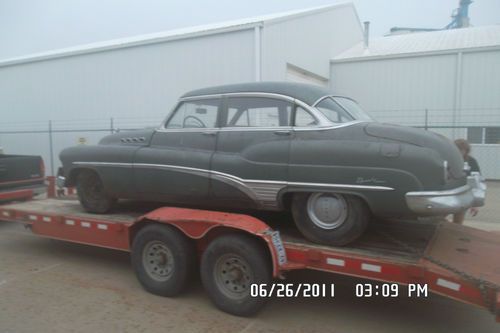 Condition: UsedA vehicle is considered used if it has been registered and issued a title. Used vehicles have had at least one previous owner. The condition of the exterior, interior and engine can vary depending on the vehicle's history. See the seller's listing for full details and description of any imperfections.Seller Notes:"This was my grandfather's Buick and has been parked since 1968. Has a straight-8 cylinder engine with a dynaflow automatic transmission. Has non-working fuel pump (I have a replacement pump that goes with the car). Has a floorboard rust-through spot; needs tires. Overall, not in bad shape considering its age and non-use."