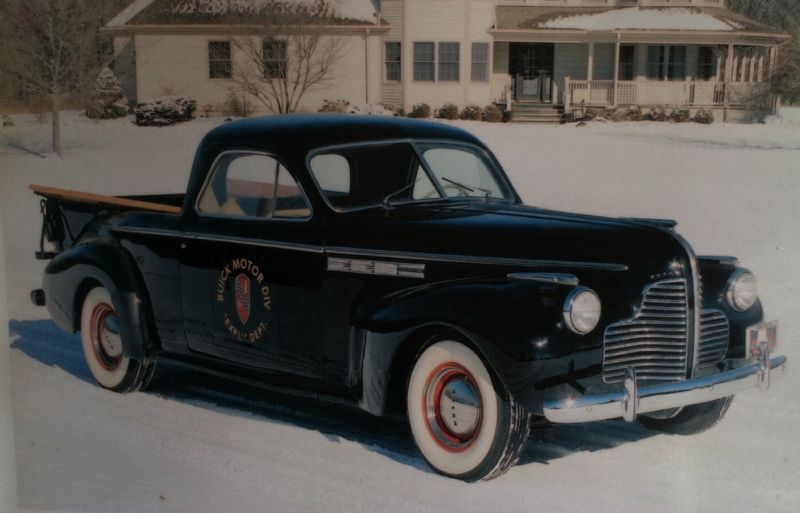 Feel free to ask me any questions about the car : federicokulick@netzero.net .

Spectacular one of a kind 1940 Buick Roadmaster Pickup built by Buick Motor Engineering Group.
Consists of Coupe Model 76 S, Body Style 4727C, Fisher Body No. 620, Chassis No. 13597027 - the 220th chassis
built in the 1940 production year. This vehicle was not a prototype, experimental or concept and was one of only
four built for utility use within the Buick complex. One was painted red and used by the Buick Fire Dept. while the
other 3 were painted black. All four pickups were ordered to be scraped by Buick Salvage after WWII, however, this
vehicle was saved by a Buick manager and taken to a northern Michigan hunting camp until the mid 50's when it
returned to Flint. This vehicle has been shown at many auto shows and has been featured in automotive publications,
Collectable Automobile Magazine (Feb 2014), Auto Restorer (Dec 2013) and Vintage Truck (2008).