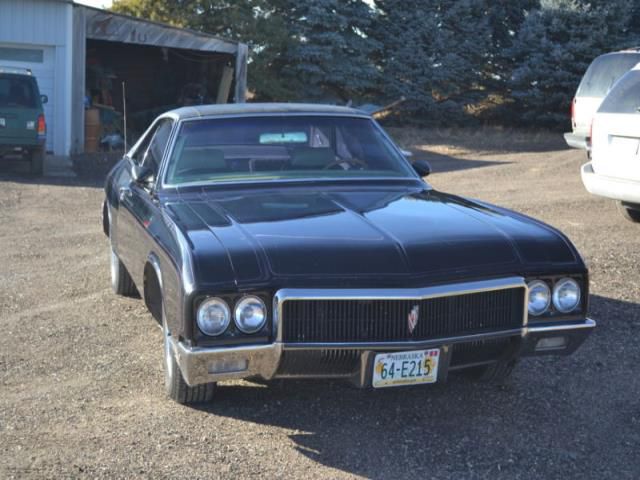 Hello and thank you for looking at my Riviera. This car was restored in 1986 so the paint is not perfect. The body is straight but there are a few spots that need repaired. The lower rear quarters have body filler swelling up right behind the rear tires. The left front fender has a spot cracking out where something hit it. The top of the left rear quarter has some primer over it where some rust was repaired. The deck lid has a little surface rust on the very back edge.