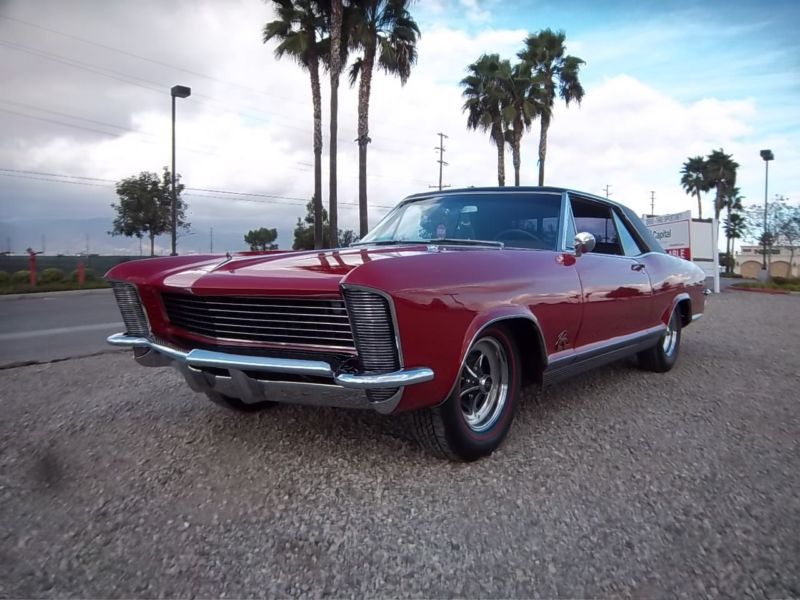 If you have any questions or would like to view the car in person please email me at: janeanrogan@netzero.net .

1965 Buick Gran Sport. Car is from California and is free of any rust or any rust repair. Has is matching 425ci V8 LX code engine with twin 4-barrel carter AFB carburetors, coupled to the Turbo 400 super turbine automatic transmission specially calibrated for higher shift speeds. This buick only has 79400 miles. As you can see by the pictures the paint is very nice, panels are very straight, chrome is in excellent condition, stainless too. Grill is excellent, headlights work great. Interior has been redone at some point and is in very good condition. Al the weatherstripping is nice and not dry.
Car is fully loaded with working ice cold AC, power window, power vent window, power driver seat, power antenna, speed warning, rare FM radio and tilt. Everything is working even the clock!