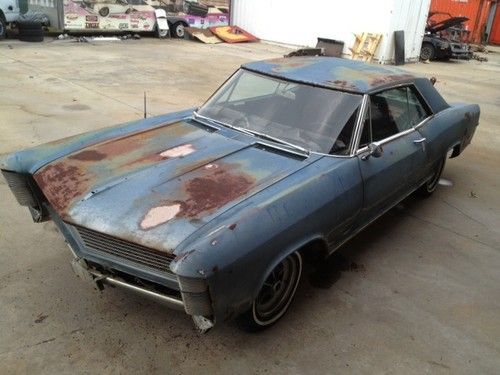 Hello and thank you for taking a look at my 1965 Buick Riviera. Ive owned this car for about 8 years now and just havent had the time to build. The car has the factory 401 nailhead and air conditioning. The last time the it ran was 8 years ago when I had first purchased it and havent tryed to start it since. The is almost all there minus the front and rear bumpers. It does have some rust including the front cabin floor boards (which they make reproduciton replacements for now), the bottom of the rear of the quarter panels, the front of the hood (VERY typical of 63-65), the tail panel lip, around the rear window, and some other small areas. All in all it would be a fantastic start to a restoration project. If you have any questions feel free to message me.