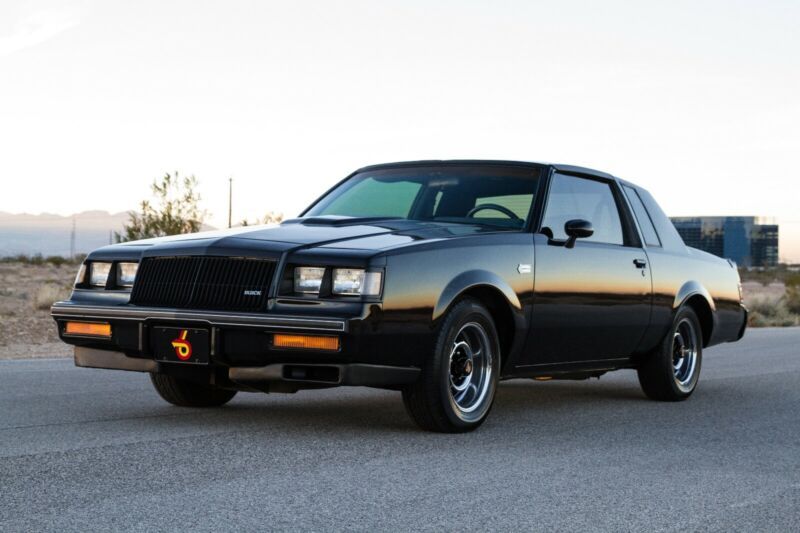 Great example of well kept 1987 Buick Regal Grand National. 2 owner (with myself being the second) climate
controlled garage kept. All Royal purple fluids. Car has been cammed which gives a ton a performance with multiple
chips but also makes the brakes less than desirable. If you know Grand Nationals you know the brakes are subpar.
Car has been repainted just to correct the terrible job Buick did originally. Brand new tires and comes with a
cover. I have a large amount of paperwork with the car as well