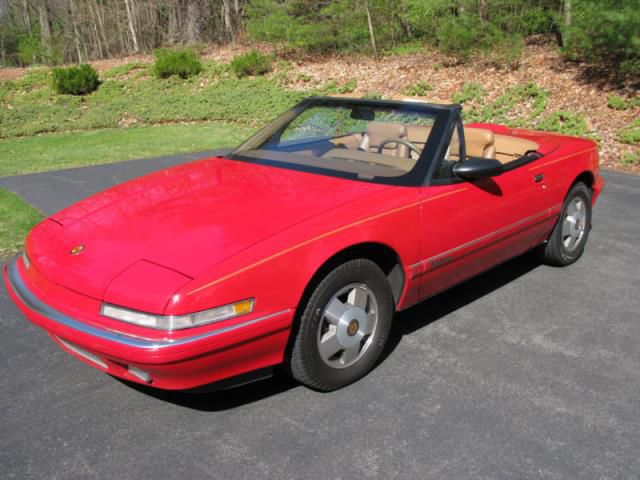 THIS IS A BEAUTIFUL REATTA CONVERTABLE WITH ONLY 39.000 MILES. THIS CAR SPENTMOST OF IT'S LIFE IN SUNNY FLORIDA, ALWAYS GARAGED AND NOT TAKEN OUT INFOUL WEATHER. IT'S FINISH IS BRIGHT AND SHINNY, NO RUST, DENTS, ORSCRATCHES. ALL POWER ACCESSORIES WORK PROPERLY, AND ICE COLD AIR CONDITIONING.IT RUNS AND DRIVES 100% THIS IS NOT A SHOW CAR, BUT IT IS A 9 OUT OF 10. IT HASA PIONEER HIGH END STEREO, HOWEVER THE ORIGINAL RADIO IS INCLUDED. THERE ARESOME VERY SMALL STONE CHIPS ON THE FRONT FILLER PANEL BELOW THE HOOD AND A FEWSMALL STONE CHIPS ON THE HOOD SO SMALL THAT THE CAMERA WILL NOT PICK THEM UP.THERE IS A STONE CHIP IN THE WINDSHIELD THAT HAS BEEN REPAIRED. THE DRIVERS SEATSHOWS MINIMAL WEAR. THE ALLOY WHEELS ARE IN EXCELLENT CONDITION AND THE TIRESARE NEW. THE TOP IS IN EXCELLENT CONDITION..
Email me at : mcneal.darian@yahoo.com