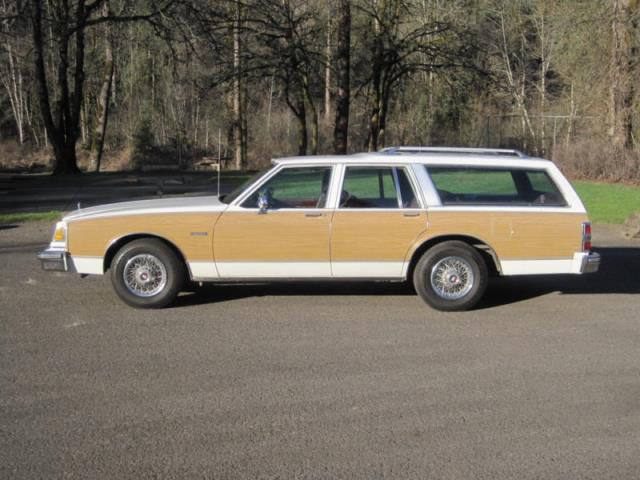 1988 Buick LeSabre Estate wagon. Very nice overall condition. Never wrecked and never rusted. Still wearing its original paint. Paint has excellent gloss and still shines very well. Minor nicks and scratches as to be expected after 27 years. Lifelong Pacific Northwest car so its never been in road salt and never started to rust. Still has the factory white paint on the rust-free underbody. Interior is completely original as well. Seats have no rips or noticeable soiling. Carpet has no worn out areas. Dash is in excellent condition with no cracks. Has the optional rear-facing third seat, making it an 8-passenger wagon. Tailgate has two-way functionality (swings out or flips down). Engine is an Oldsmobile 307 cu. in. V8 that runs great. No smoking or knocking. Transmission is a 3-speed Automatic with Overdrive.