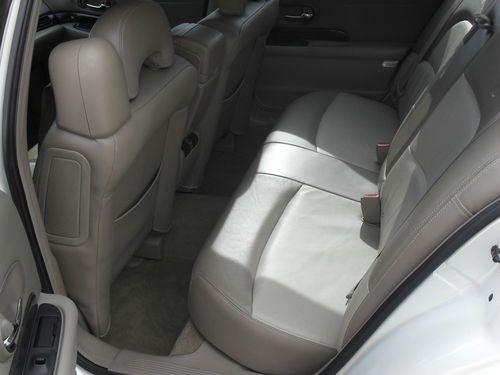 2003 Buick LaSabre Celebity Edition,White Diamond Tri-Color paint,Two-tone Tan interior,near new tires on beautiful chrome factory rims, interior is in excellent coundition, exterior has a couple little scratches, 3800 seariesII V-6 engine that runs very strong and smooth,I am the second owner this is a Florida car, never driven in the snow,68,950 miles, every option except sun roof, power windows, locks, seats, mirrors,and HUD which shows your speed in the windshield,very nice feature, as you do not have to look down at the speedometer,car is For Sale locally,so I reserve the right to end auction at anytime if it is sold