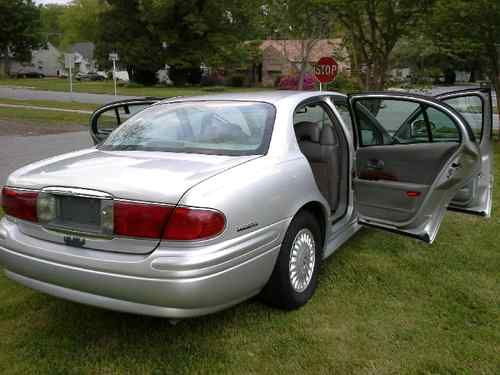 This Buick lesabre has been well maintained and is excellent running condition. free of any major flaws or defects. however, the dash on these cars tend to want to warp up from sun exposure and we did have to screw it down to hold into place. but this isn't too bad. I took to get it replaced but was told that it would cost more than the cars worth so they suggested I screw it down so this is what we did. other than this one thing I see nothing that sticks out. it has had every service performed and we have repaired even the smallest of repairs suggested we think about fixing. it has a brand new front windshield and battery. very dependable car and doesn't cost an arm and a leg to fill up. oh, one more thing...the gas gauge doesn't work. I have been using the mileage numbers to go off of but this can be fixed for a couple hundred bucks or less. it wasn't causing me any problems by going by mileage but another may would want this to function properly. nothing else I can think of. if your looking for a dependable vehicle for an elderly parent, grandparent or just would like a god used vehicle then this is a great choice. any questions feel free to ask and I'll get back asap and will provide any answer to the best of my knowledge of owning this car for the last 4 years but with it being in my immediate family I've been around the car the entire ownership period