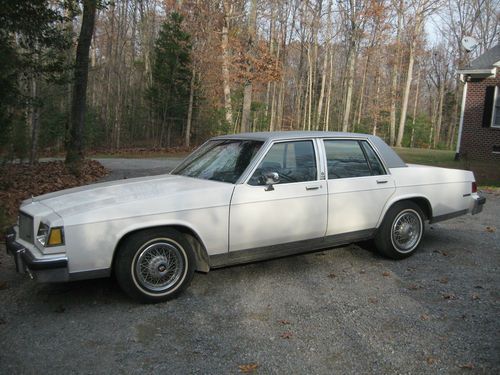 Car has many new features to include new radiator, hoses and belts, climate control fan, ac converted to R134 with new compressor. New shocks, New paint and Kenwood cd player with new 6x9 JBL speakers in the rear and new 4x6 JBL speakers in the front. New water pump and alternator. New distributor cap and fuel filter. New heater core. Needs new weather stripping around windows and valve cover gaskets need to be replaced. Interior is EMACULATE! Beautifull blue veleur seats that have no stains or tears. Car runs great with 71,000 original miles. Car was bought off the show room floor by my grand mother passed to my dad and then me. I DO NOT ACCEPT PAY PAL. Email with questions

All sales are final.