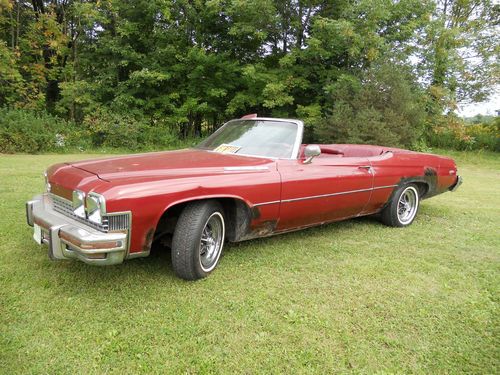 Car is mechanically sound. As you can see body work has been started.  90K miles.  This Beauty has been stored in heated garage for the past 20 years.  My husband and purchased this car with intentions of restoring it.  We have decided that we have to may projects and have decided to sell this car.  We have purchased many parts such as bumper, side mirror, dash, clock.  We have learned that there was only about 3500 of these cars made in 1974.  The original glass rear window is in perfect condition.  You will need front support for the frame of the top.  We have lots of pictures of car.  If you have any questions please email to gailwhite33@gmail.com.